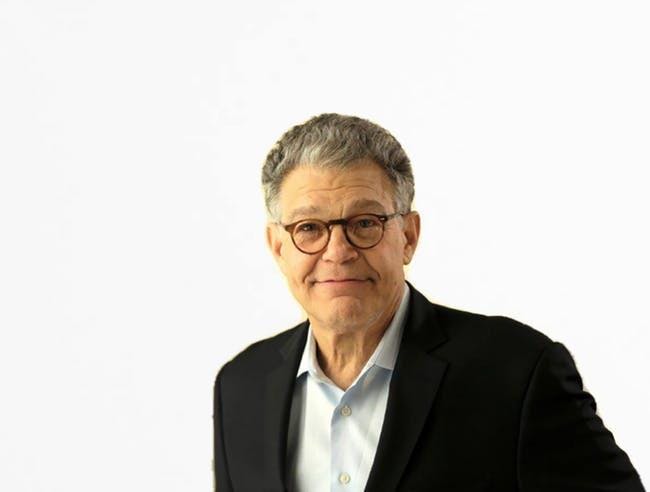 An Evening with Al Franken

iCal
Google
This event is fully reserved seated on the Floor and in the Balcony.

As the only speaker on the lecture circuit who has won 5 Emmys (Wikipedia missed two for producing), written 4 New York Times #1 best-sellers, taken home 2 Grammys, and served as a United States Senator, Al Franken brings a unique voice to the stage. Whether discussing his career in comedy or in public service, Franken delivers a singular experience—leaving audiences thoroughly entertained, more knowledgeable, and either optimistic or extremely depressed about our nation’s future—depend- ing on how he feels that day.

Franken is delighted to talk about his fifteen seasons at Saturday Night Live—with behind-the-scene stories about the show’s evolution from Gilda, Chevy, Belushi, Aykroyd to Dana Carvey, Phil Hartman, Chris Rock, and Chris Farley. Franken wrote a lion’s share of the show’s political satire with Jim Downey, a Republican. Downey and Franken felt it wasn’t SNL’s job to have a political bias, but rather to do well-observed political satire that made the audience laugh and had the virtue of not being stupid, rewarding viewers for knowing stuff about politics without punishing them for not.

Franken saved his political bias for his books. Immediately upon leaving SNL, Franken wrote Rush Limbaugh Is a Big Fat Idiot and Other Observations, the first of his four New York Times best-sellers, including Lies and the Lying Liars Who Tell Them: A Fair and Balance Look at the Right. From 2004–2007, Franken was the #1 progressive radio talk show host in the country on Air America radio.

In 2008, he ran for the US Senate in Minnesota, clobbering incumbent Norm Coleman in the smallest clobbering ever—by 312 votes. Franken was re-elected to the Senate in 2014 by a margin of over 200,000 votes.

Franken gives another rare behind-the-scenes look at an even longer-running institution—the United States Senate. What is Mitch McConnell like? Do you really want to know? Chuck Schumer? Lindsey Graham, Bernie Sanders? Deb Fischer? Who? She’s from Nebraska. In his 8 1/2 years representing Minnesota in the Senate, Franken led on health care and education reform, on privacy, mandatory arbitration, and the courts. His questioning during Jeff Sessions’ confirmation hearings led to Sessions’ recusal from the Russia Investigation and Bob Mueller’s appointment to lead it.

As Franken said when he left the Senate, “I may be giving up my seat, but not my voice.” The epony- mous Al Franken Podcast focuses on the most important issues facing our country as we head into the 2020 election. With guests like Jeffrey Toobin, Michael Lewis, Nobel Prize winning climatologist Michael Mann, and Michelle Obama (not her, but guests like her), The Al Franken Podcast has been taking deep dives into the Supreme Court, the clowns populating Trump’s agencies, and climate change.

As we head into the 2020 elections, Franken will cut through the conventional wisdom and tell you how it really is. For example, President Trump has a tendency to exaggerate or just flat out lie. Really.